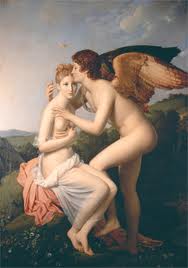 What is an Archetype?

Bandied around a bit, the term archetype is often a mystery to those who are beginning to study psychology from a Depth Psychological perspective.
An archetype is an instinctual pattern of behavior.  The form never changes, but the way it is experienced may change a number of times.  Take for instance the tailor's form.  It stands in the tailor's shop mute, but when the tailor begins to imagine things to put on the form, using different fabrics, colors, textures, styles, the form begins to take on a new experience.
The archetype is unconscious.  It resides in the unconscious until it is called up and experienced.  Babies arrive unconscious but, according to Jungian theory, the child is not a tabula rasa, a blank slate.  He or she carries within archetypal images awaiting awakening through experience and knowledge.   This is almost like the tailor's form which has no head and no heart.  It's unconscious until the imagination begins to create, then the experience happens. Ideas take on new forms and associations begin.
Mother is an archetype.  There are as many experiences of mother as there are people in this universe.  And mother is not gender specific either.  There is a movie called "Mr. Mom".  It is about a man who stays home to mother his children while his wife/partner goes outside the home to a different workplace.  His children experience mothering - from a nurturing male.

EXPERIENCE is the keyword.
Poets, composers, artists, writers, dancers, storytellers, teachers, mental health providers are always in the realm of the archetype.  We create stories with our dreams and fantasies.  The archetypes are alive in our unconscious, but they are only unconscious until we experience them in our dreams and imaginations.

Another interesting explanation might be James Hillman’s use of the archetype of sameness and difference, which he borrows from the ancient philosopher Plato.  In his book The Force of Character and the Lasting Life Hillman uses the idea of the darned sock:

"Take, for instance, your favorite pair of wool socks.
You get a hole in a heel and darn it.  Then you get
a hole in the big toe - and you darn that too.  Soon
the darned holes are more of the sock than the original
wool.  Eventually, the whole darned sock is made of
different wool.  Yet it’s the same sock.  In relation to
its looks and in relation to it partner [sock] on your
other foot, it is still the same sock.  They go together
and lie together in the drawer; and even in relation to
itself, its identity, it is the same sock, though it is
different." (pp. 5-6)

The form of the sock is the same, but the way it has been modified through darning and mending alters the sock, but it is still the same sock.   The way the image is experienced, understood, and incarnated may change from person to person, but the form remains.  It never changes. That is the archetype.